SLBA Board Meetings: SLBA Board meets the second Tuesday of every month at the Westwoods Community Church, beginning at 7:30 AM.  All SLBA members are invited to attend. 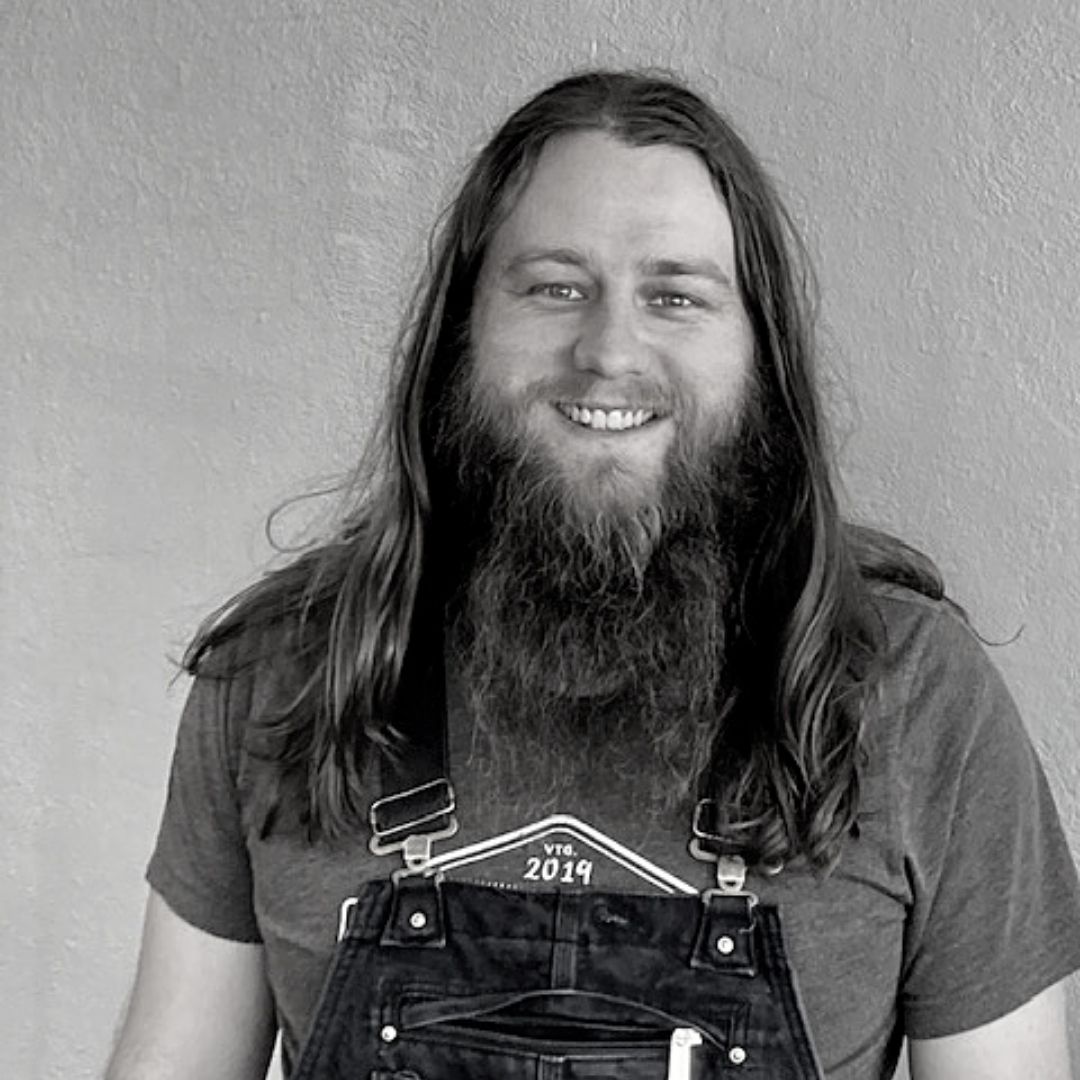 Austin Adamson grew up in the Phoenix area and has travelled the world, ultimately landing in Colorado in 2018. Austin got his start distilling professionally as an assistant for Denver’s first distillery pub: Denver Distillery. It wasn’t long before Austin took over as head distiller and ultimately trained his replacement before starting full time at Ballmer Peak.

In 2019 Austin was selected to be on a special episode of Discovery Channel’s Moonshiners, for their first episode of what would become its own show, Master Distiller.

When Austin isn’t crafting spirits in the production room, or sampling them elsewhere he can be found playing with his foxhound Hazel, enjoying time with his partner Stacey, playing the latest video games or, more reaslistily, working on one of his many other projects: I Speak Giant, GenerOZity, MonsterVine (to name a few). 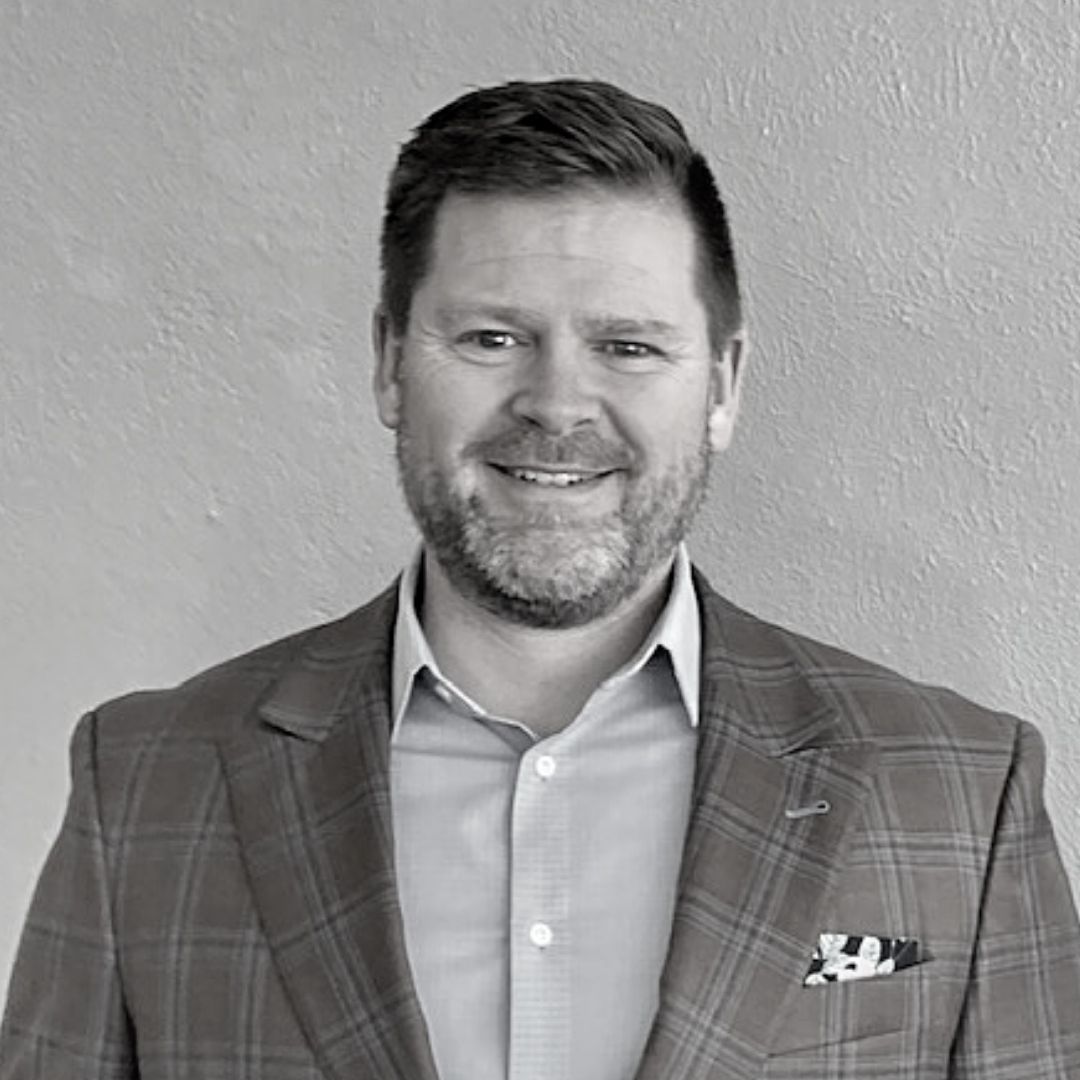 My practice is focused on helping clients find the right strategy for their financial future. You and I work together to make sure that all of your strategies and investments are in alignment with your needs and goals. I aim to serve every family or individual with diligence, integrity and understanding.

Clients sometimes find that my previous careers in higher education and small construction businesses play a valuable role in my ability to understand their unique goals and balance the sometimes-competing priorities encountered by families, small business owners and those on the cusp of retirement.

Originally from Wisconsin – yes, I am a Packer fan – my family and I moved to Lakewood in 2008. Sarah, my wife, teaches third grade and we have three teenage children: Elise, Eliana and Elijah, a dog named Tula and a rabbit named Pemberley. Our favorite front range hike is Beaver Brook Trail, our favorite campground is Lost Park and we love to ski Steamboat Springs every year! My son, Elijah, and I are still looking for a favorite fishing spot… 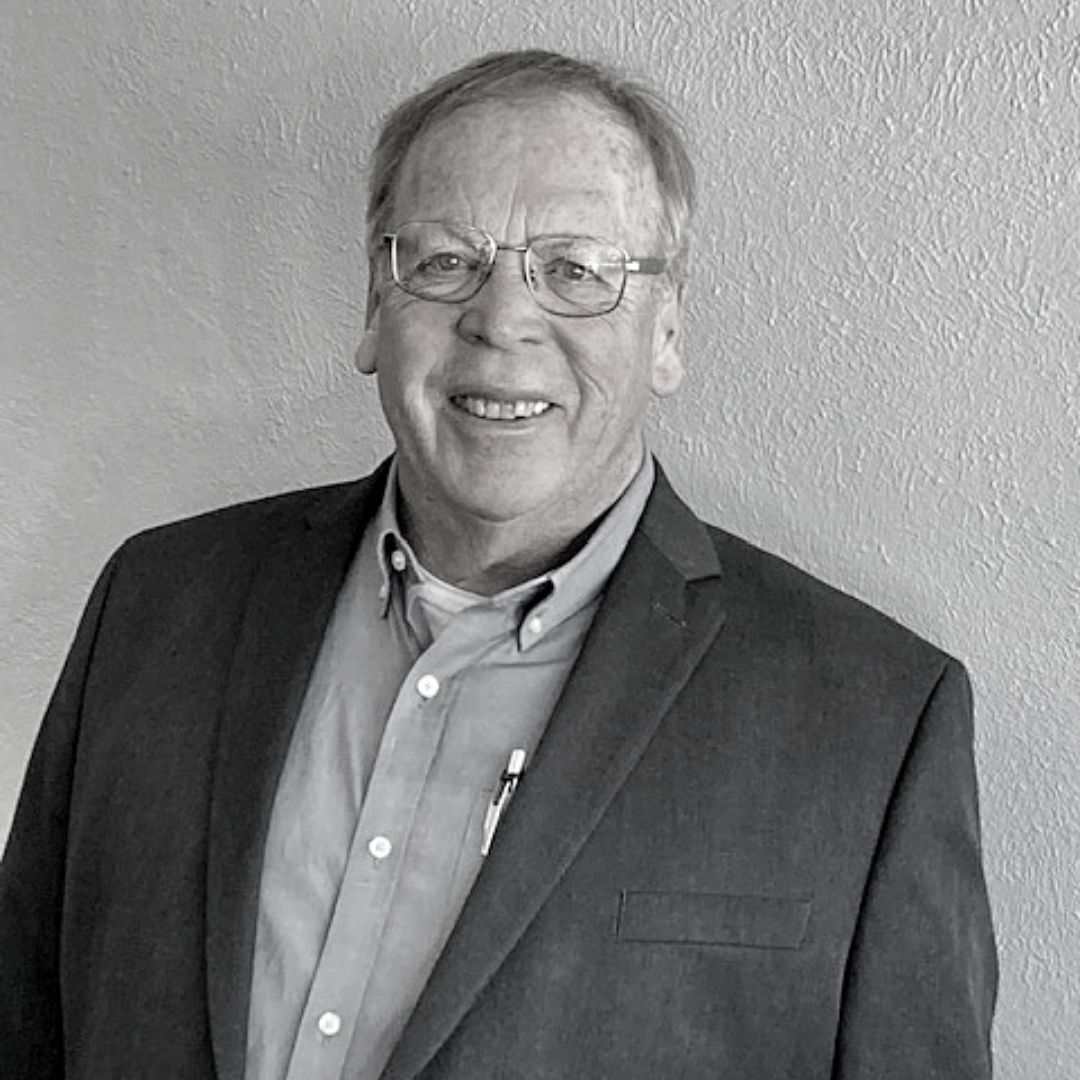 Hal came to Colorado in 1981 and has been living in the Lakewood area for the past 10 years. Over the years, he has been an entrepreneur and has worked in companies undergoing rapid growth and change in the environmental, health and safety, high technology telecommunications, and health care industries. Hal started working as a health insurance broker in 2006 and started his own agency in 2018.

Hal guides and supports individuals in Colorado who need to buy their own health insurance up to and through Medicare. Most people feel alone and ill-equipped to make this choice because health insurance plans are complex and confusing. Hal is trusted partner in identifying and evaluating options and providing tools for making your own best decision. Hal believes his success is related to the quality of coverage decisions his clients make and the effectiveness of those plans in serving their needs. 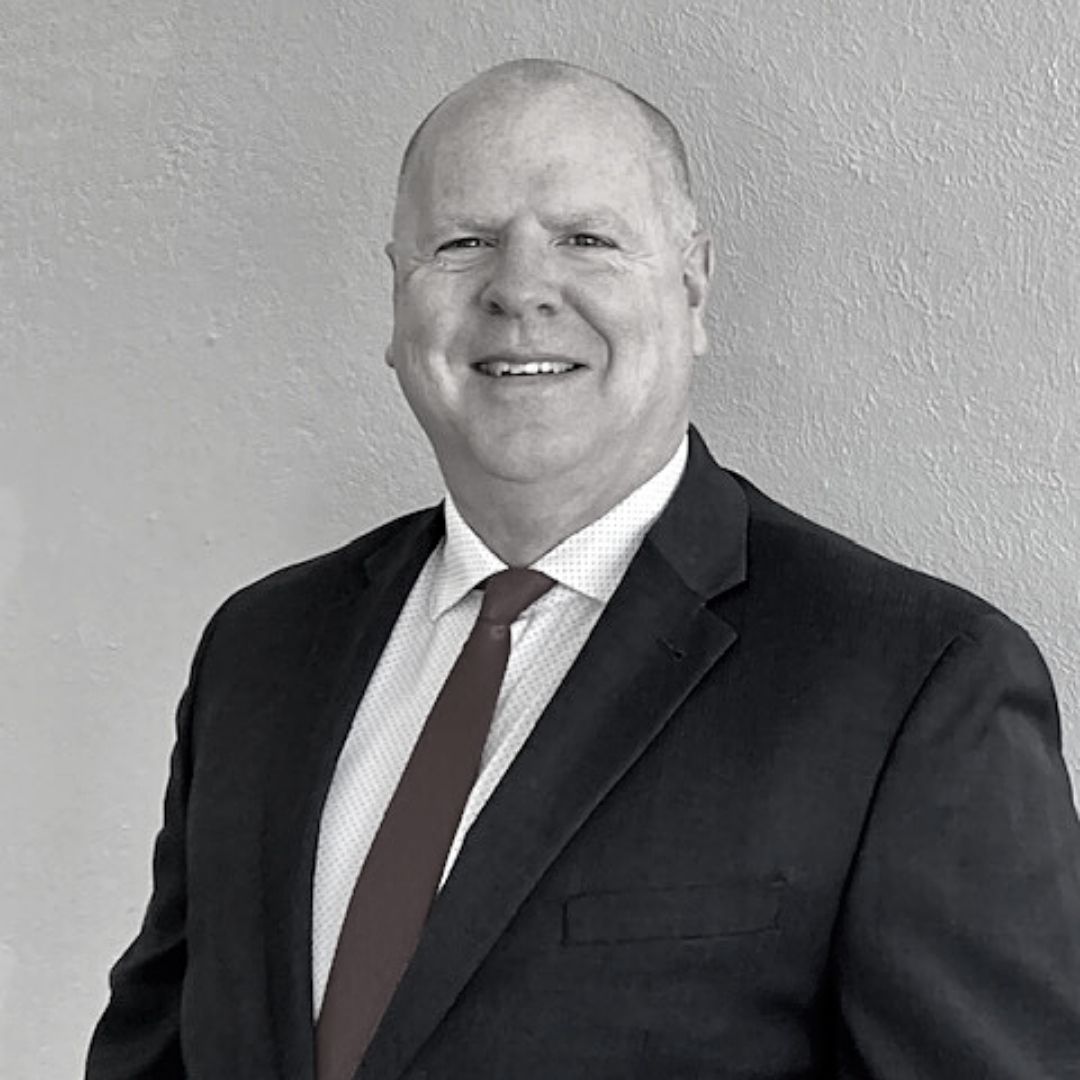 City Liaison to the SLBA Board

Robert is Economic Development Manager for the City of Lakewood, CO.  With twenty-five plus years of marketing, business attraction, communications and economic development experience, he has previously served key roles in Colorado communities including Douglas County, Aurora, Thornton and Brighton.

Robert is a Colorado native, raised in the Denver Metro area.  After graduating from Northglenn High School, he received his Bachelor’s Degree from Metropolitan State University of Denver. 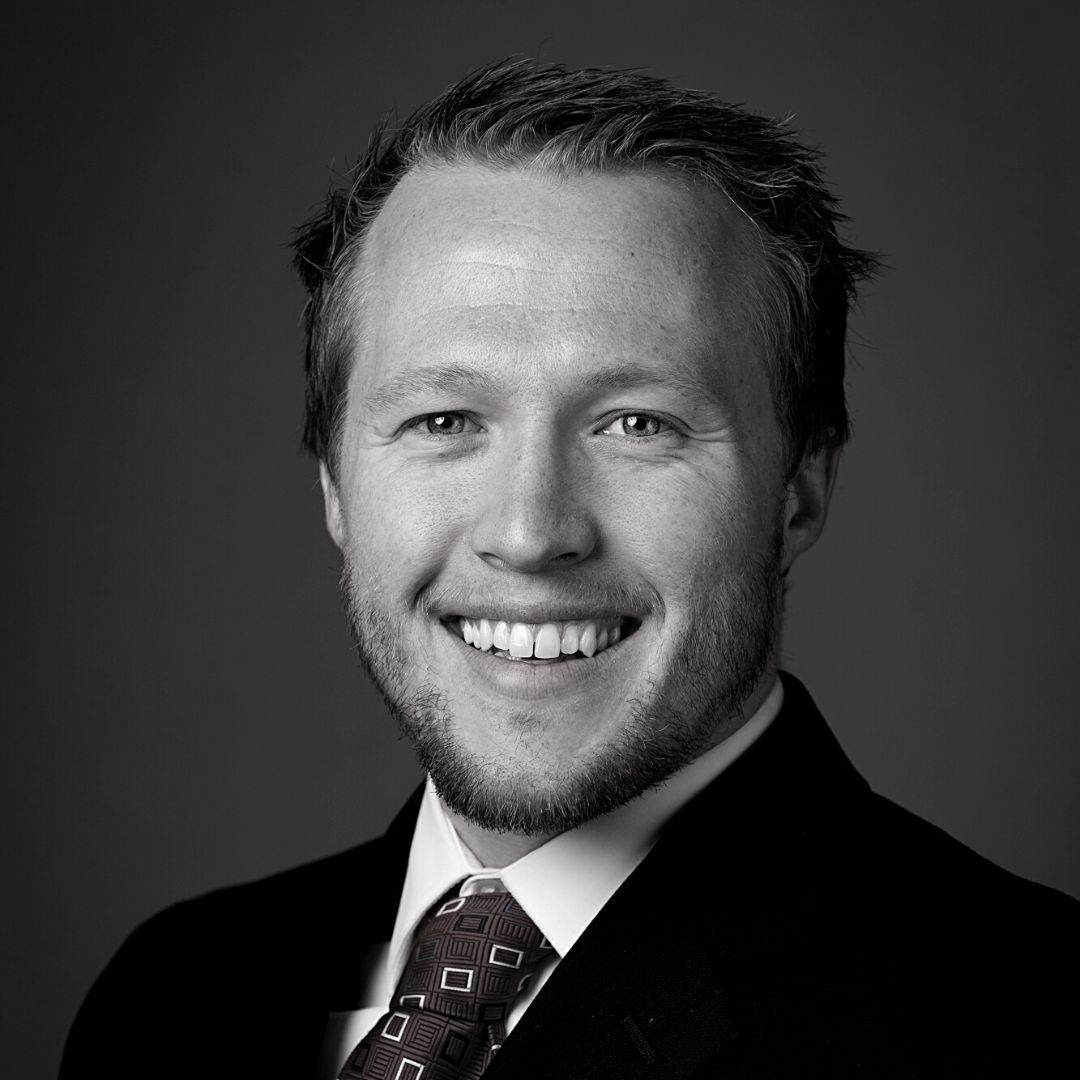 Steve is an Assistant Vice President with FirstBank who assists individuals with financing and banking in many different aspects. From residential real estate mortgages, to business lines of credit, to assisting with getting a personal account set up! If you’re needing a local Colorado bank to help you with any type of banking needs, then FirstBank should be your first call!

Steve grew up in Greeley, CO where he attended University High School and also the University of Northern Colorado where he graduated with a B.A. in Business Administration and Marketing. When he’s not at Firstbank, you can usually find him hiking in the mountains, playing sand volleyball with friends, or visiting a local brewery with his wife and two dogs. 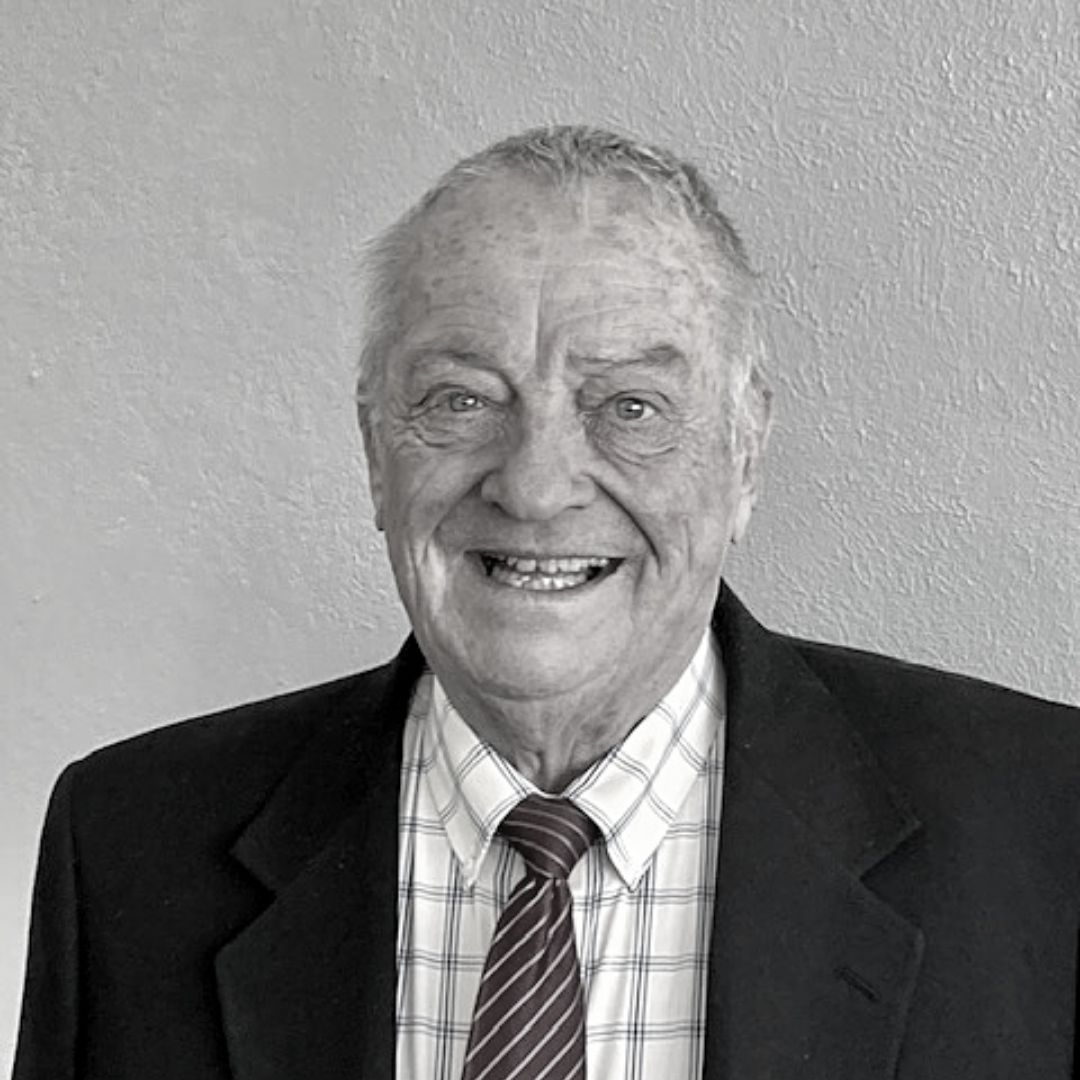 In addition, he is on the Boards of the South Lakewood Business Association, Lakewood Forward, and the Green Gables Elementary School Accountability Committee.  His proudest educational experience was as an Assistant Principal at the Warren Occupational-Technical Center where he assisted in the planning and implementation of that great school.  Doug is committed to neighbor/neighborhood building where residents become involved and engaged in their community by working with all organizations with in community. 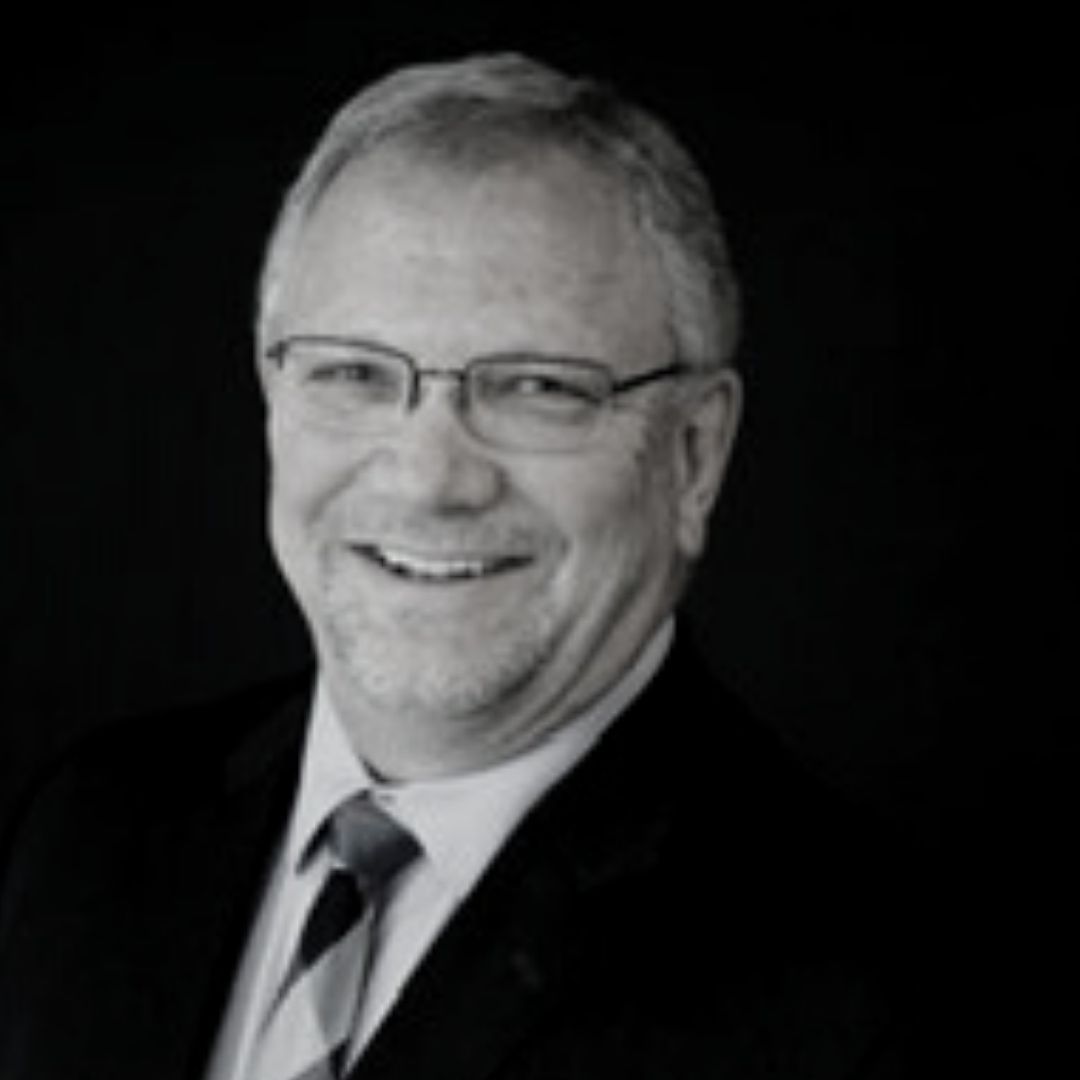 Leasing office space is my specialty. Years of working with both landlords and tenants has given me the ability to understand the motivations of each side as we work through lease negotiations. Many business owners do not realize the importance of working with a real estate broker to lease space, but the leasing process can be very complicated; almost as challenging as buying a house. As I see it, my biggest responsibility is to educate my clients and ensure that they fully understand all of the details of a transaction. Want to buy or sell commercial property? I can help with that too! 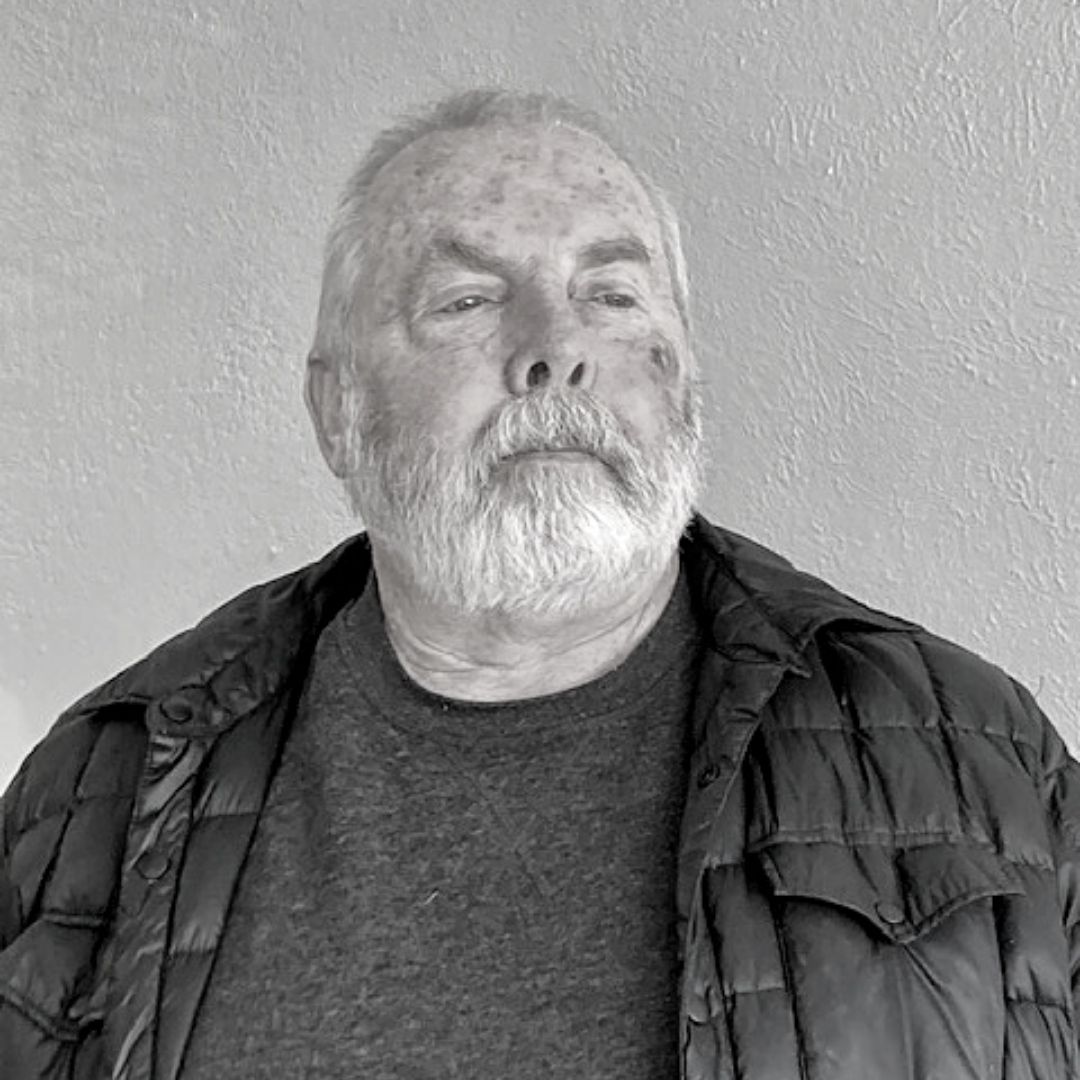 Recycled Mat-ters does just that: Recycles & refurbishes products destined for premature waste-stream demise in landfills. Our primary products are sought by business offices, commercial buildings and retail establishments, as well as homeowners. Recycled commercial grade floor mats, carpet tiles, shop towels, aprons, gloves and vehicle fender protectors – stay in contact with us as more products are always being tested as candidates for our form of recycling. 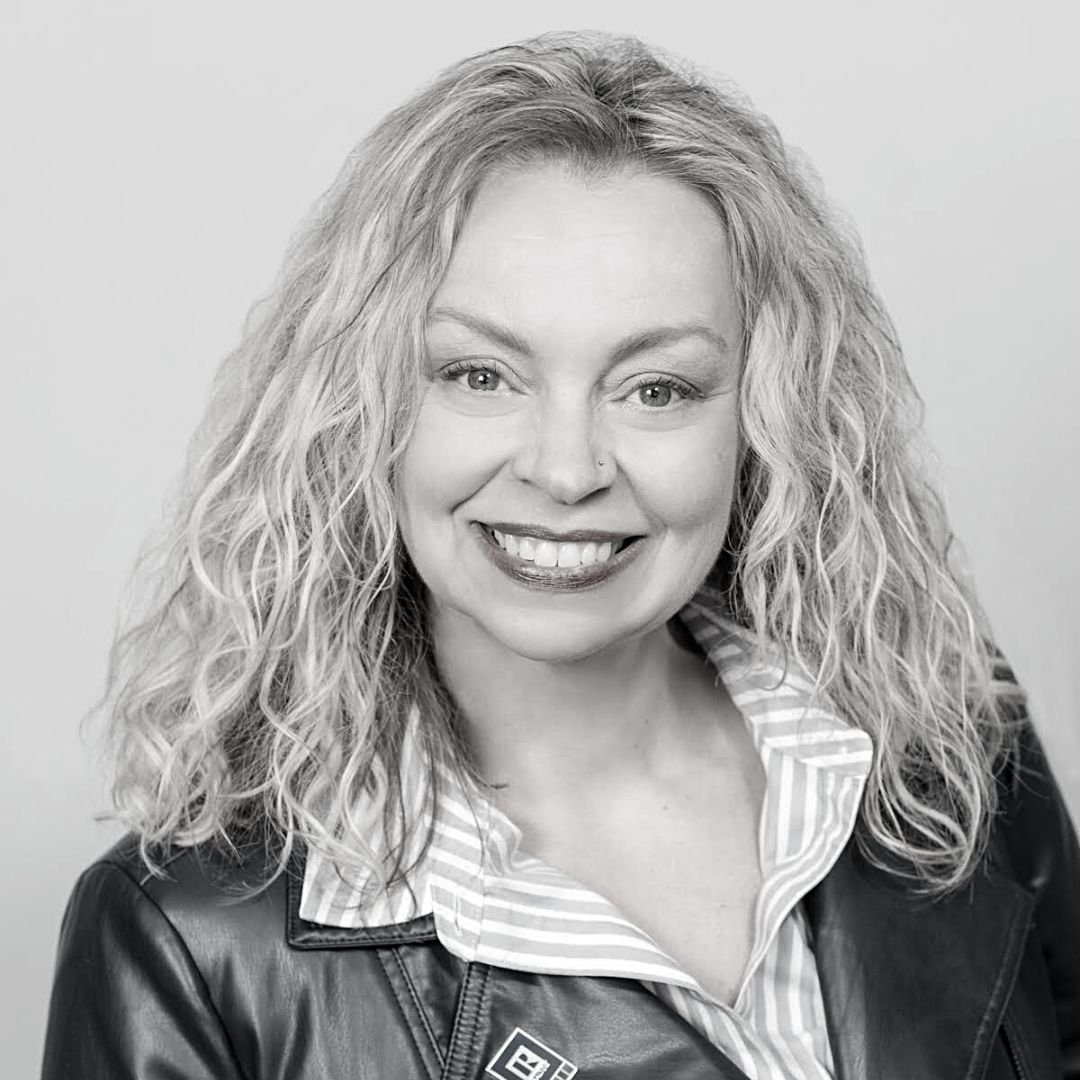 Tammy Fabregas is a warmhearted real estate agent that uplifts her clientele to allow them to reach their full home potential. Whether buying or selling Tammy is available to offer educated and helpful answers to all questions without obligation. Tammy assists her clientele quickly and with the least amount of hassle throughout every transaction. 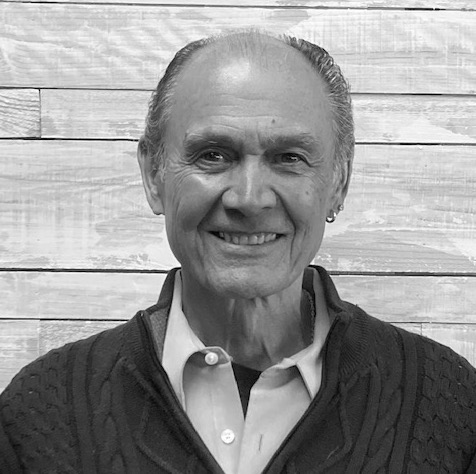 Ross retired in 2015 after working 20+ years in the financial services industry, as a Portfolio Consultant and Stockbroker, for Charles Schwab Investment Advisory. During his years at Charles Schwab, he earned his Series 7, Series 9/10, Series 61, and Series 65 securities licenses, and his Accredited Asset Management Specialist designation. Ross came out of retirement and began working for Easterseals Colorado in 2017, but he has been actively involved with fundraising for them since 1991. In addition to his belief in, and passion for, the mission of Easterseals Colorado, Ross loves to ride his Harley, with his wife Linda, and their 2 sons, Brian and Heath. He, and a small group of friends, started the Iron Pony Express, a group of bikers that have been raising money, since 1993, to help send kids and adults with disabilities, to Rocky Mountain Village, Easterseals Colorado’s fully accessible camp in Empire Colorado.

Ross has the same kind of passion for the mission of the SLBA, and would love to have you come join us!

Meetings held the 1st Tuesday of every month at 7:15 a.m.

SLBA Board meets the second Tuesday of every month at the Westwoods Community Church, beginning at 7:30 AM.  All SLBA members are invited to attend.